Abstract
Enigmatic crustacean y-larvae (Facetotecta) rank as some of the most elusive and poorly understood invertebrates. Their adult/reproductive stages, true biodiversity, and evolutionary history remains entirely unknown. With only 17 species described, less than 30 DNA sequences being publicly available, and a putatively specialized endoparasitic lifestyle in unknown hosts, this calls for a penetrating study on their biology and lifecycle.
The present thesis leverages diverse morphological and molecular tools to provide the most comprehensive scientific inquiry on y-larvae to date. After a brief introduction (Chapter 1), we review 100+ years of literature and provide a fully-fledged biological investigation of the known life cycle stages (Chapter 2). Advanced microscopy on the ultrastructure of these shows that the terminal larval instar develops from a fast-swimming larva equipped with cuticular hooks and spines, putatively assumed to be used for attachment, yet nevertheless lacks segments, a functional gut, appendages, eyes and, importantly, oocytes and sperm cells. Comparing this lifecycle to that of the parasitic barnacles build a compelling case for y-larvae being parasites. We reveal that y-larvae occur globally and from 0-5600m but may be locally highly abundant and extremely diverse. This emphasizes the potentially important yet completely overlooked roles the taxon plays in marine ecosystems.
There is a significant dearth of available molecular data on y-larvae. Only two species are sequenced with conservative nuclear genes thus far, with most molecular records representing unvouchered “ghost” sequences. Thus, there is an urgent need to develop new protocols that maximizes morphological and molecular resolution on single larval specimens. In Chapter 3, we therefore develop a novel protocol in which individual larvae are video-recorded throughout development to the last planktonic stage, voucher exuviae of these are retained after DNA extraction, and thousands of nucleotides across ribosomal and protein-coding genes may be sequenced using newly designed primers.
Chapter 4 then takes the first step to unearthing the Facetotecta Tree of Life. By estimating the first single-specimen, multi-locus phylogeny of the group, we show that this consists of five major clades that comprises at least 48 distinct morphotypes but as many as 100 “species” (or molecular operational taxonomic units) in four harbors in Japan and Taiwan. These putatively cryptic species are so structurally and phylogenetically diverse that the current classificatory system, in which all species are lumped into the same genus, is a severe and critical underestimation of the systematic complexity of the group. Our data suggest that feeding (planktotrophic) dispersive larvae (y-nauplii) were likely ancestrally retained throughout the evolution of major clades, and from which morphologically derived yolk-feeding (lecithotrophic) forms evolved independently and convergently. Because the former can perform long-distance dispersal, this tentatively suggests that oceanic larval distribution plays a key role in the radiation and diversification of the group.
The global diversity of y-larvae is unknown. In Chapter 5 we take a holistic approach to illuminating the dark, global diversity of Facetotecta uising PacBio long-read isoform sequencing, Illumina amplicon sequencing and Sanger sequencing of vouchered and imaged specimens. By also mining publicly available eDNA/metabarcoding datasets, we show that the diversity extends to between 135 and 155 putative “species”. At least 108 of these occur at a single site around the Sesoko Island reef system, stirring speculation on the potential ecosystem roles y-larvae could play. Finally, we use genome-wide sequence data and a selection of Pancrustacean genomes to cast light on the recalcitrant systematic position of Facetotecta in the barnacle Tree of Life. With highest nodal support across more than 150,00 aligned amino acid sites, we show that Facetotecta constitute an early-branching sister taxon to the cirripede barnacles, with the tree also reflecting the accepted taxonomy for Pancrustacea. The striking life cycle similarities of y-larvae and parasitic barnacles thus evolved convergently and likely adaptively to facilitate a parasitic mode of life.
In Chapter 6 and 7 we broaden these new insights to a wider context, and asses the evolutionary dynamics of host invasion mechanisms in barnacles. Chapter 6 hypothesizes that whale barnacles possess uniquely modified attachment structures to cope with their extreme lifestyles. Rejecting this hypothesis, we conclude that whale barnacle larvae surprisingly contain the same segmental and setal elements as rocky shore barnacles. This lends support for the alternative hypothesis that barnacle cypris larvae are remarkably versatile and already at a morphologically adaptive plateau. This notion helps explain why barnacles have such wide and ecologically broad niches.
In Chapter 7 we ask the same question but using coral barnacles as a model system. We use detailed video recordings to catalog the host invasion process of 13 barnacle species including species of two clades of distantly related coral barnacles that diverged 200+ mya. We show that the larval antennules of coral barnacles are uniquely spear-shaped and associated with mechanical penetration of the host epithelium. Facilitating an endosymbiotic metamorphosis to adult stages, ancestral state modelling shows that these larval phenotypes and behaviors evolved convergently. This is best explained by independent and adaptive evolution of similar host invasion mechanisms driven by switches from invading hard bottom substrates to entering live, complex hosts.
This thesis provides new insights into a poorly known, enigmatic group of crustaceans. Our data pave the road for finally discovering the missing y-adult but also investigating the evolutionary ecology of these wonderfully diverse larval forms in even greater depth. 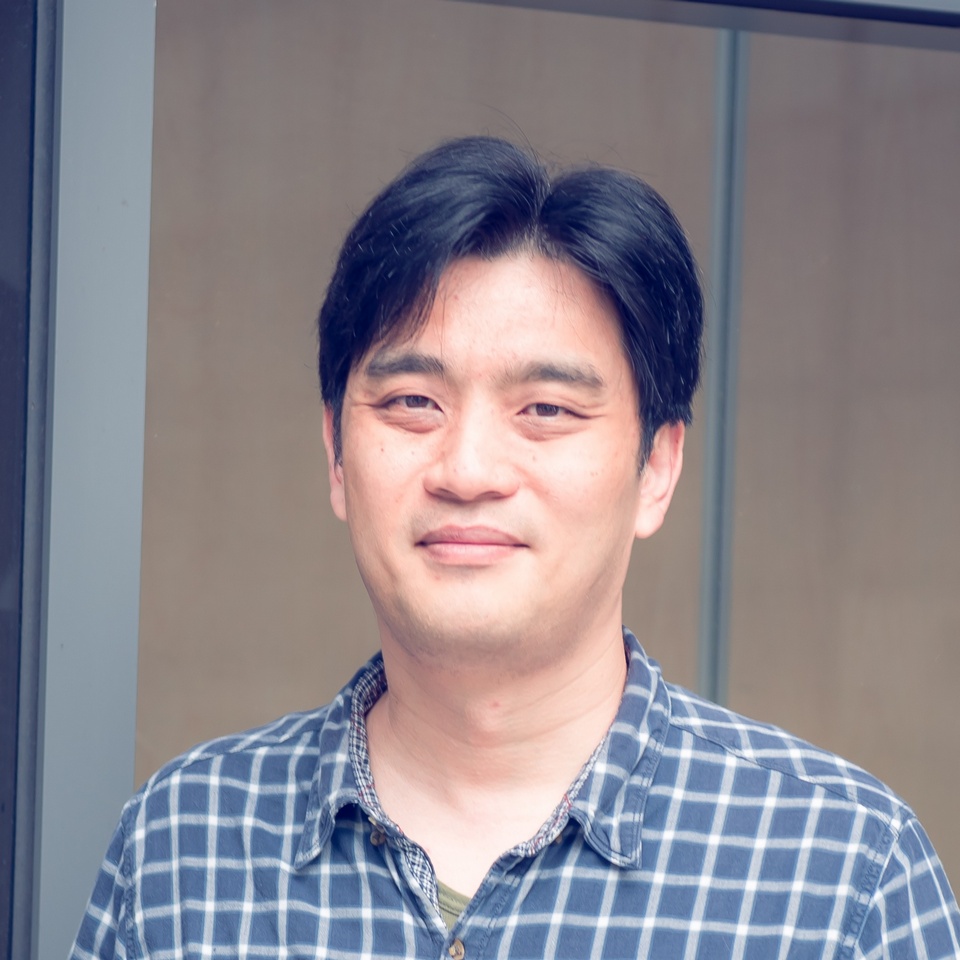 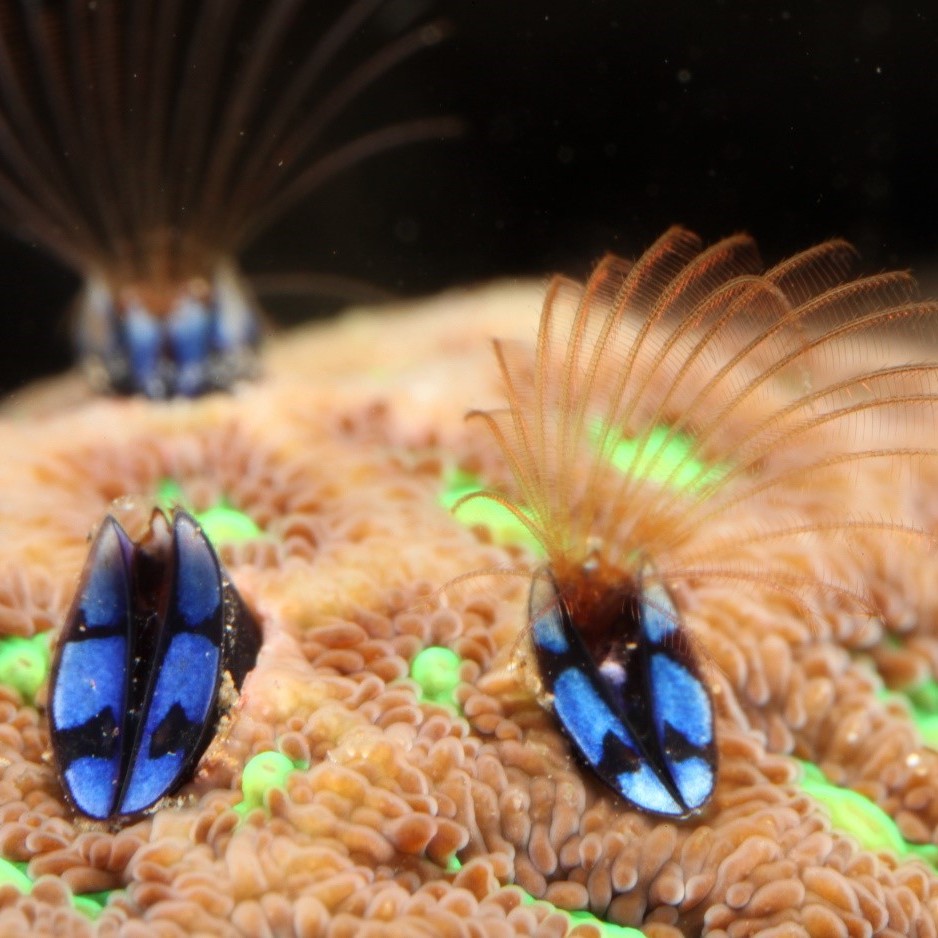